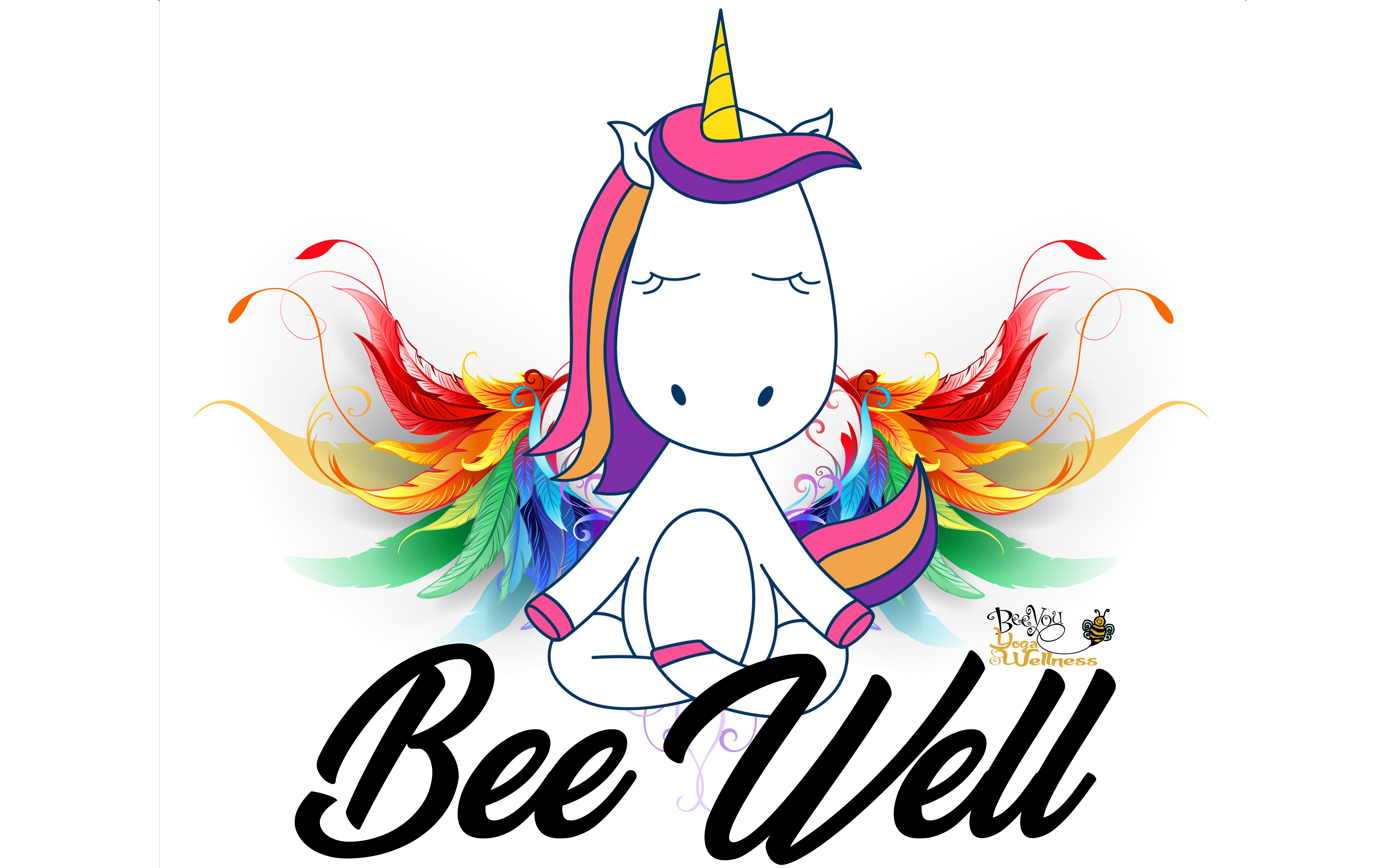 Yoga Nidra, also known as yogic sleep, is a meditation and conscious relaxation practice that is intended to induce total physical, mental, and emotional relaxation. The experience of complete, deep rest in yoga nidra can be extremely beneficial. Often with sleep we are unable to turn off our stress and get deep, meaningful rest. With Bee You’s Yoga Nidra the body is deeply supported (with props) so that the body can relax fully. Then your hive guide will guide you through the koshic layers of the self. Don’t know anything about yoga philosophy or the ancient Sanskrit language? Don’t worry! Your guide will gently lead you in simple ways to balance your WHOLE self – mental, physical, emotional, energetic and spiritual self. We take out the confusing terms and replace with easy to understand directions.

Celebrate the belly rumbles as your nervous system starts to settle, energy starts to move away from the “fight” of the “fight or flight reflex” and into digestion and relaxation!

Aside from being relaxing, restorative and restful, studies have shown that yoga nidra can also:

The Difference Between Meditation and Yoga Nidra

In many ways, yoga nidra is similar to meditation. The benefits are similar and the reasons why people practice are similar. But there are some distinct differences.

Physical Position: Yoga nidra is generally practiced lying down so you can let go completely. Props, pillows and blankets are commonly used, as well as anything that will help you get into a totally comfortable, restful position.
Attention: A typical yoga nidra practice is highly guided, and takes your attention to specific places through a series of steps. In many ways, the specific instructions make it easier to relax than in meditation.
State of Consciousness: During yoga nidra, you move into the state of conscious deep sleep. You are no longer in the waking state of consciousness, but you also move past the dreaming state of consciousness and into the deep sleep state. However, your mind is actually awake, so it’s often discussed as the state between being asleep and awake. This is why it is said that yoga nidra is so restorative for the body. In both practices, the mind is conscious; in yoga nidra, the body is in a more restful state.

If you are interested in exploring a relaxation practice try both practices to find out which suits you better. You may find that different moods or situations call for different practices. If you’re new to meditation and find yourself getting frustrated or having difficulty meditating, yoga nidra may be a good place to start.

How Does Yoga Nidra Work?

Although there are many different ways of teaching and practicing yoga nidra, most practices include several stages to relax the body, mind and emotions. These steps may include (but are not limited to):

Each step is intended to take you deeper into an altered state of consciousness, the state between asleep and awake, where you’re fully conscious but your body and mind are fully at rest and ease. When you set a conscious intention at the beginning of your yoga nidra practice, and then let go and allow for deep relaxation of the body, mind and emotions, your unconscious opens up to new ways of thinking, healing, and fulfilling your conscious intentions.