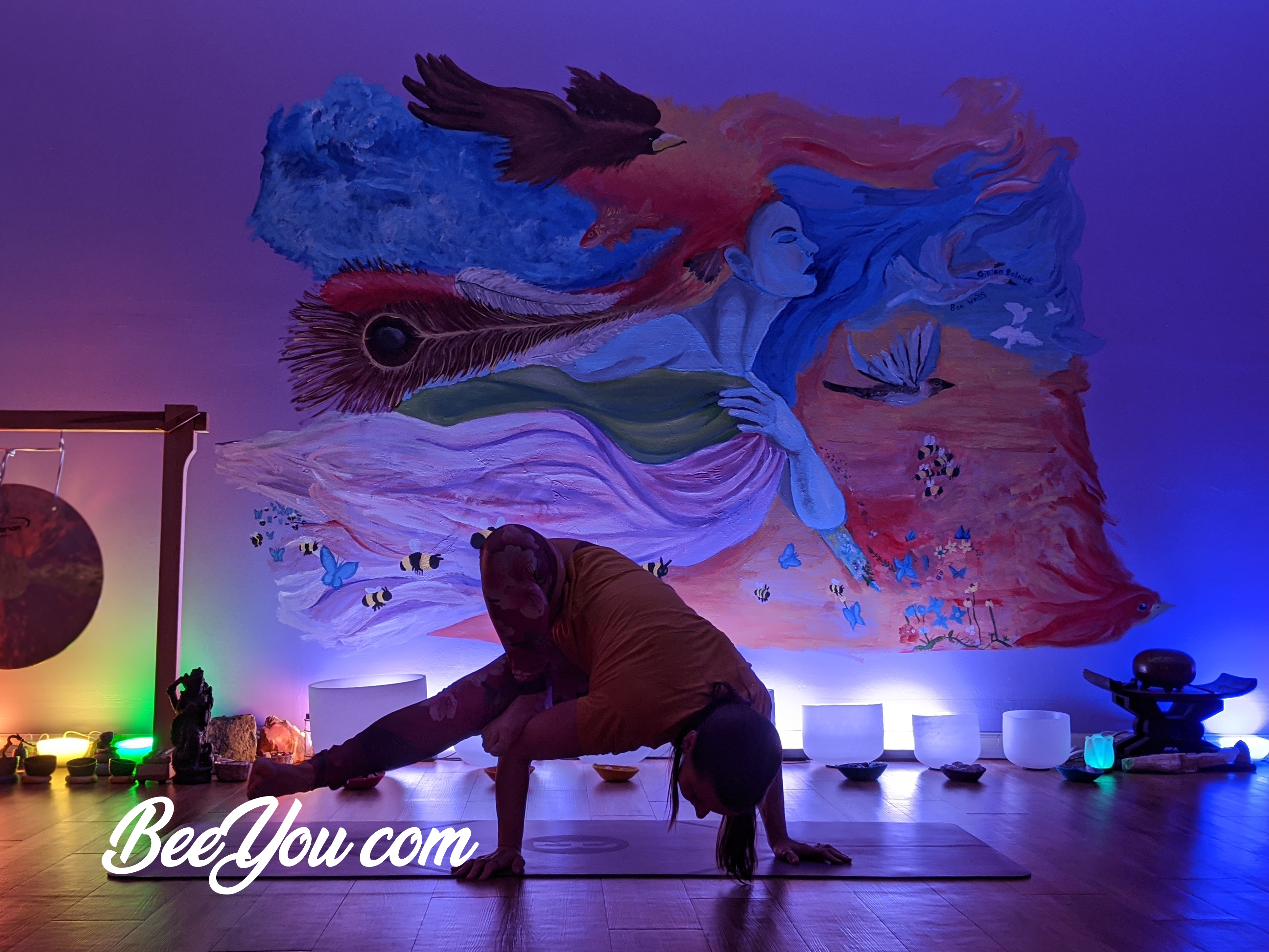 I have been body shamed my whole life. When I was young, I was the bendy kid. I bent my body into all kinds of unusual shapes. And in doing so, I explored my body and its limits, which felt good.  My body felt better if I kept it moving and “stretching”. Thus, it was no big surprise that I found sports that encouraged this eccentricity; I loved martial arts, ballet, gymnastics and yoga. I was told all kinds of horror stories of what would happen to me if I kept pushing my body in this way. Eventually, I began to practice alone as if practice was a shameful thing. Even when I went to public yoga classes I would hide in the back in fear of being singled out. I would practice in the back and still people would feel the need to point me out. I was often informed of how I might be hurting my body or that I was simply showing off and looking for attention (from the back of the yoga studio with my eyes closed).

When I would eat, as any normal child would eat, adults would gather around and tell me if I kept eating like that I would end up fat. Another fun story, I was often told was that as soon as I had kids I would become fat and there would be nothing I could do to stop it. In fact, I truly believed that once I had kids I was going to blow up like a balloon become unhealthy and unable to move. This,  along with other similar myths, made me terrified of becoming an adult.

Then as I began to develop into a “adult looking body” the judgement and body shaming increased exponentially. When I was just 10-years-old, an adult decided that my body was as adult as it looked. This was devastating enough but afterwards I was still being judged by how I looked no matter how I dressed. People often shared concerns about how I might be “projecting myself a little too sexually” like I brought this on myself!

The strange opinions people feel obliged to share about your appearance can have a devastating affect on a growing child. At 13, I had a best friend with a very different body type. We loved to wear the same clothes, as in the EXACT same clothes. It devastated me to learn that her brother called me the “one that dresses like a slut”.

I spent much of my life trying to blend in and be less.

I also grew up in a community of adults who had a long train of daily pills. I had no idea what healthy meant but I decided that I did not want to take pills every day. I spent much of my life setting little “health goals” for myself, most of which were ill informed and actually had nothing to do with health, but I was a kid all I knew was what I didn’t want.

I spent A LOT of money and time training and learning about anatomy in the hopes that I would be able to safely continue my practice in a healthy way. Even in training I was judged and body shamed! (Yes even the yoga world is not free of egos and people willing to force their opinions on you).

“I think if she does yoga the way she does as a teacher she will risk hurting people because everyone will think they should look like that.”

This was actually said to me, well actually worse, it was said of me in front of all the other people training to be teachers. So because of my particular type of body I should not teach people what I love and the thing that has helped me mentally and spiritually?

Then came an injury and all the professionals I saw told me all the reasons I had hurt myself. The way you are bending your body is the reason you are hurt. I learned exercises to stabilize my SI joint and listened to EVERYONE’S well meaning advise on how to prevent further injury. For years I have diligently tried to “heal” my SI pain and most of what I was taught seemed to improve it but it never really seemed like it would stop being a painful issue for me.

Until…. along came Jules Mitchell. I loved her book and when I saw that she was coming to New York I was thrilled. I had no idea just how much her 2 day training would change my practice and teaching!

It has been 2 weeks and I am almost entirely pain free in my SI that has been bothering me for years despite my best efforts to be a “careful yogi”. What is the main difference? FEAR. I had no idea just how much fear I was holding. Every movement I made was carefully considered, carefully monitoring “other people’s” concepts of anatomy alignment and safety. Most of which are based on outdated anatomy science or even worse just handed down through lineages without any scientific basis at all.

As I carefully tune back into my own body and what feels good based on my own unique anatomy, holding patterns and strength I am learning just how much I was actually introducing fear into my body. As it turns out, for me, what is helping me reduce the pain in my SI is almost the exact opposite of what I had been taught by many “professionals”. I am not saying that I have found the ultimate cure that will work for everyone. I am saying I have finally learned that there truly is no “1 size fits all” and how to actually listen to my own body signals. 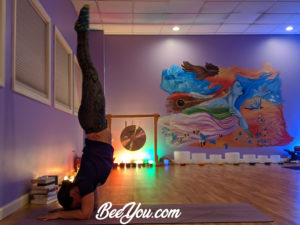 So this is me. Exploring my strength and “flexibility”. I am not here to argue that these poses are in anyway “yoga”. In fact give me a minute to rant about how yoga is not about the poses and you’ll have trouble getting me to stop.

I am however still capable of strength and balance and I enjoy exploring that. I am not here to tell everyone else that they need to do anything like it to experience their own version of health, however I intend to reclaim what feels good for me. I can bend like a pretzel and I find it fun.

The classes I teach are about helping people feel strong and empowered in their own body no matter what body shape, size or history they have. My journey is my journey, I am not here to enforce my way on others. My hope is that I can help lead people in self discovery, so that they too may learn how to be more comfortable in their own body, mind and spirit.

On that note I am recording some classes for online viewing, getting brave enough to go in front of the camera so that friends and family near and far can take my classes. Stay tuned!

Let me end with eternal gratitude to Jules Mitchell for the research and work she is sharing. I hope to be able to train further with Jules in the future.

May we all know love, light and connection!

Bee Authentically and unapologetically YOU!