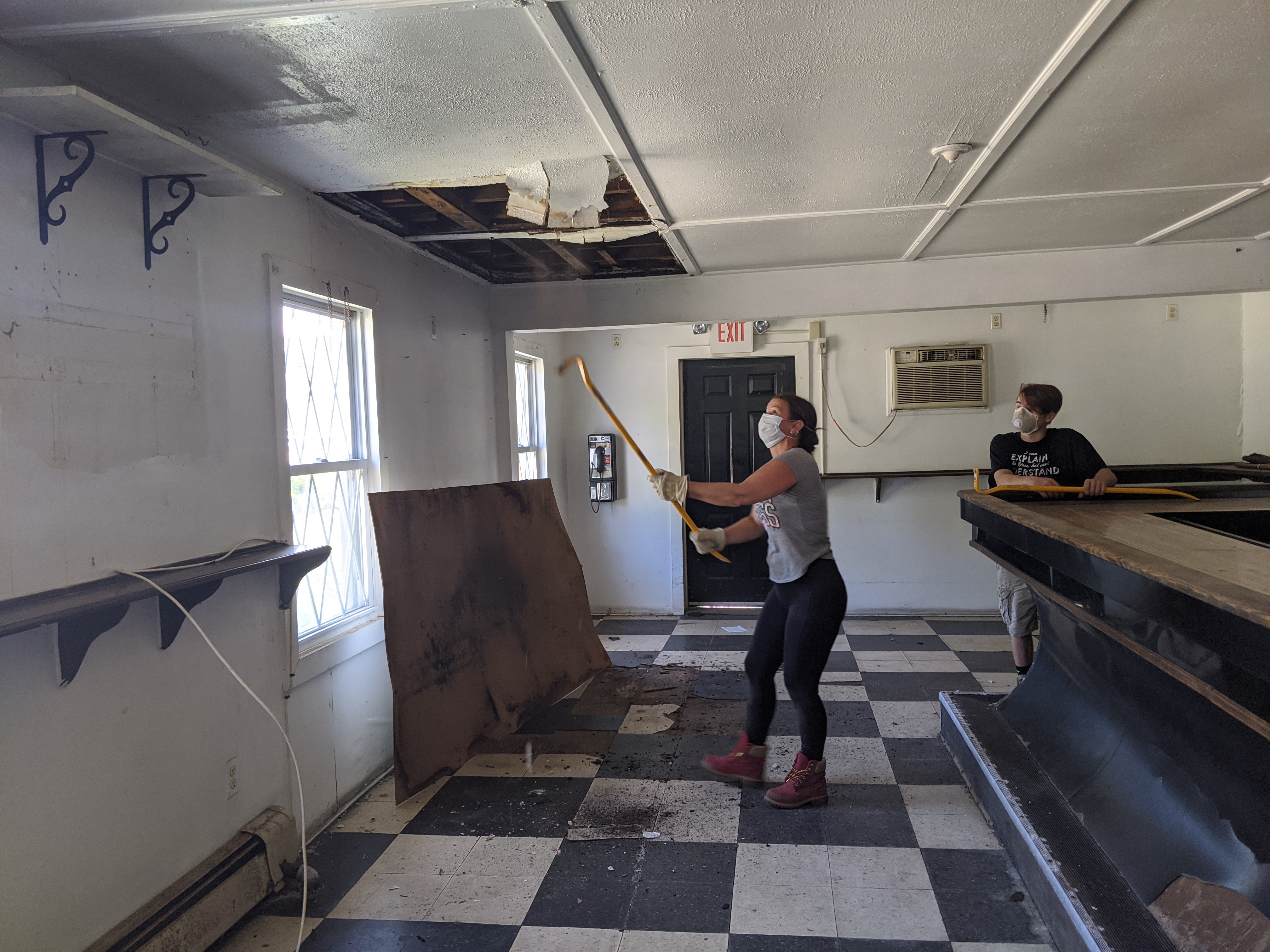 Another day of smashing stuff. I stayed upstairs and finished up the floor. Nailing down loose floorboards. The kids spent time smashing stuff downstairs. Obviously smashing is more fun and they make much faster progress with the smashing work.

We have now entirely filled up the downstairs with trash and desperately need to organize a dumpster! (We have been putting it off because we are trying to avoid other people dumping their trash in our dumpster – especially as people already treat the property as a public dumping ground)

We pulled down some of the water damaged ceiling in the tavern, just to take a look at where we are at there.