What is yoga therapy?

Home / What is yoga therapy? 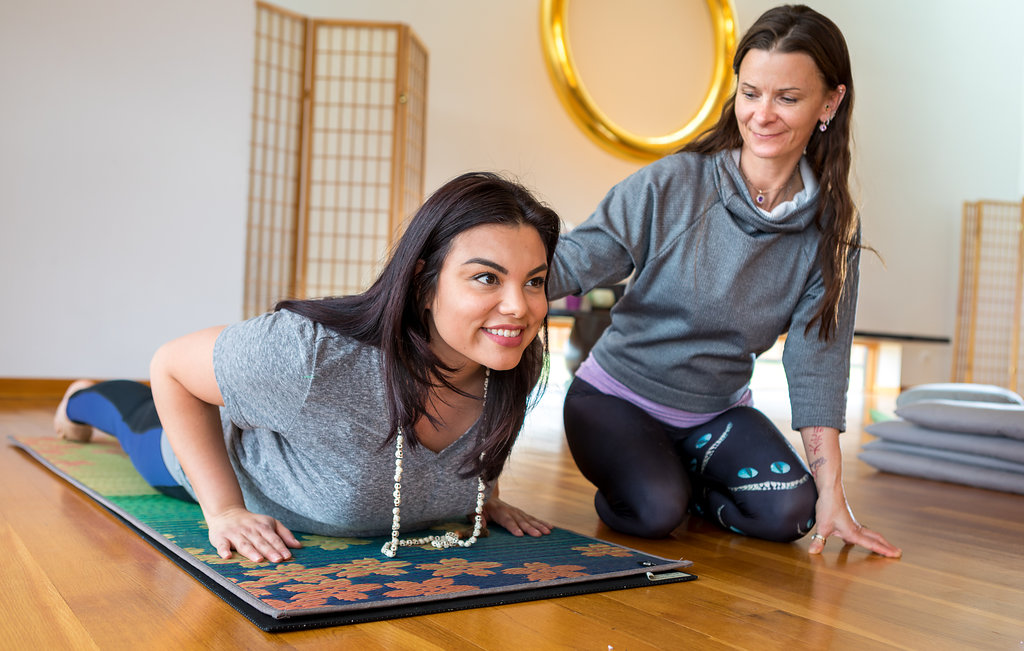 What is yoga therapy?

Yoga Therapy is rooted in the ancient practice of yoga. Yoga originated in India thousands of years ago but did not become popular in the United States until the late 1800s when Swami Vivekananda, a Hindu monk from India, gave speeches at the World Parliament of Religions of 1893 offering an overview of his faith and a call for unity between the world’s major religions. After the Parliament of Religions, he toured many parts of the US. His popularity opened up new views for expanding on “life and religion to thousands” During a question-answer session at Brooklyn Ethical Society, he remarked, “I have a message to the West as Buddha had a message to the East. Vivekananda spent nearly two years lecturing in the eastern and central United States, primarily in Chicago, Detroit, Boston, and New York. He founded the Vedanta Society of New York in 1894. In 1895 he gave free, private classes in Vedanta and yoga. Vivekananda gave private lectures to a dozen of his disciples at Thousand Island Park in New York for two months.

“What does a yoga therapist do?”

Put very simply, a Yoga Therapist helps people with yoga techniques to balance themselves and reduce pain and suffering.

Following Vivekananda, Tirumalai Krishnamacharya, an Indian yoga teacher, ayurvedic healer and scholar began combining aspects of yogic practice, breath, energy and ayurveda for health. Often referred to as “The Father of Modern Yoga,” Krishnamacharya is widely regarded as one of the most influential yoga teachers of the 20th century and is credited with the revival of hatha yoga. Krishnamacharya held degrees in all the six Vedic darśanas, or Indian philosophies. While under the patronage of the King of Mysore, Krishna Raja Wadiyar IV, Krishnamacharya traveled around India giving lectures and demonstrations to promote yoga. He is widely considered the creator of vinyāsa, in the sense of combining breathing with movement. Krishnamacharya taught the principle “Teach what is appropriate for an individual.” While he is revered in other parts of the world as a yogi, in India Krishnamacharya is mainly known as a healer who drew from both ayurvedic and yogic traditions to restore health and well-being to those he treated. Some of Krishnamacharya’s students include many of yoga’s most renowned teachers: Indra Devi, K. Pattabhi Jois, B.N.S. Iyengar, T. K. V. Desikachar. Krishnamacharya’s students BKS Iyengar, Pattabhi Jois, TKV Desikachar, and Indra Devi all came to the west to teach yoga. Yoga therapy as a formal manner emerged in the 1980s when Dr Dean Ornish released a study that illustrated how the implementation of a healthy lifestyle program could reverse heart disease. Dr Dean Ornish’s program included therapeutic yoga and was the first to highlight the benefits of yoga in this way. Dr Dean Ornish’s program for treating heart disease was approved for insurance coverage in 1980 and this began the acceptance of yoga as a treatment option in the medical field. The International Association of Yoga Therapists (IAYT) was founded in 1989.

“Don’t be afraid to start over. It’s a brand new opportunity to rebuild what you truly want.”
– https://livelifehappy.com

Yoga therapy focuses on health and wellness at all levels of the practioner, physical, psychological and spiritual. Yoga therapy is a path of a healing journey through yoga that bring balance to the body and mind through an understanding of our essential nature. To bring unity with a person’s natural bliss, to heal those who suffering from being separated from their natural bliss state. To reach enlightenment good physical and mental health is optimal but you do not have to be concerned with reaching enlightenment to benefit from yoga therapy techniques. Yoga therapy is about unique individuals, not conditions. Yoga therapy combines Ayerveda and yogic sciences to a holistic system, ayurveda for individual constitutions, yoga for physical health, Pranayama for energy healing, meditation to engage the mind and western medicine for anatomy, treatment goals and safety. There are infinite possibilities when it comes to healing through Yoga Therapy with an emphasis on emphasis on prevention – keeping balance.

A yoga therapist is a guide or mentor in the student’s journey of healing and self-discovery. Rather than offering a diagnosis and treatment for a specific condition, the yoga therapist creates a safe learning environment where the student can remember his/her own innate healing resources.

“From the Yoga Therapy perspective, the entire life journey is a healing process of reunion with us, with nature, with other people and with Spirit.

Yoga therapy sessions will most likely include the following components:

“Yoga therapy is a growing field and scientific evidence has begun to emphasize its efficacy. It is used to treat existing mental and physical health issues, but can also be used as a self-care strategy for prevention and maintenance. Yoga therapy is well established as a treatment for depression and anxiety. A meta-analysis cited in the Primary Care Companion for CNS Disorders found that yoga therapy also shows promise for the treatment of posttraumatic stress (PTSD) and schizophrenia. Additionally, yoga therapists have begun to develop treatment modalities to suit children with autism. The book Yoga Therapy for Children with Autism and Special Needs, written in 2013 by yoga teacher Louise Goldberg, is already considered a critical text for novice and experienced yoga therapists alike.

According to a 2012 article in Social Work Today magazine, yoga therapy is also emerging as an effective treatment for substance abuse issues. Mental health professionals point out the way yoga positively impacts the parts of the mind and body susceptible to addiction. Studies have shown that yoga boosts the neurotransmitter GABA (gamma-aminobutyric acid), which is important because GABA levels are statistically low in people who experience substance abuse, anxiety, and depression.

Because of its concentration on mind and body integration, yoga therapy is also used to address many physical health issues. It has been effectively used to treat back pain, heart conditions, asthma, chronic fatigue, hypertension, multiple sclerosis, and side effects of chemotherapy.

Yoga therapy is practiced in a wide range of formats. Physical therapists, for example, often implement yoga techniques in their delivery of massage and other treatments. Yoga therapy practice can resemble physical therapy, rehabilitative therapy, and/or psychotherapy. Unlike a standard yoga class, yoga therapy sessions are typically conducted in one-on-one or small group settings. Yoga therapy can be provided as an adjunct therapy to complement other forms of treatment, or it can be used to directly treat a specific issue. Yoga techniques range from simple to advanced, and can be enjoyed by people of all ages.

Potential benefits from yoga therapy include stress reduction, psychological well-being, improved diet, and efficient functioning of bodily systems. A 2011 qualitative study from Inkanyiso: Journal of Humanities and Social Sciences examined the effects of yoga therapy on anxiety. The findings not only indicated that yoga therapy effectively reduced subjects’ anxiety, but improvement across several dimensions of physical and mental health including physicality, relaxation, and mindfulness.”
– https://www.goodtherapy.org/learn-about-therapy/types/yoga-therapy

“Unfuck Yourself. Be who you were before all that stuff happened that dimmed your fucking shine.”